Team Armscor Racks Up Wins Around The Globe 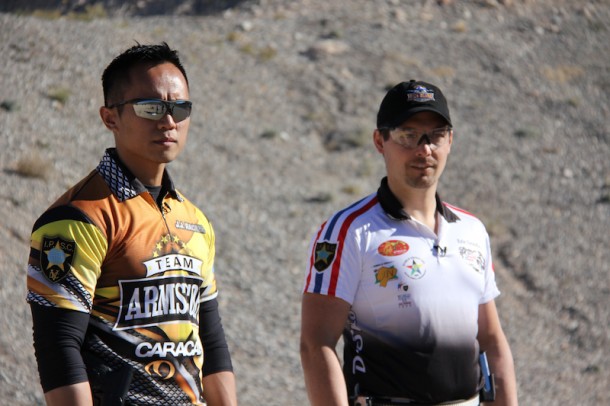 To date, Grauffel has posted 16 wins this year, adding the European Championships held in Portugal to his collection of victories in September.

JJ Racaza added a victory at the USPSA Area 7 Championships held in Epping, NH.  The victory followed on the heels of the winning the World Speed Shooting Championships High Law Enforcement division.

Adding to the success of the team was Athena Lee with 1st place finishes in The Texas Open Championship, The CMMG Midwest 3-Gun Championship, and the Double Tap Championship in Ladies Limited Division.

“It’s a thrill to have these great athletes and shooters representing Team Armscor,” said Martin Tuason, CEO of Armscor and Rock Island Armory.  “Having all three of them win at the matches named in honor of my Grandfather and the founder of Armscor is a real added bonus.”

Last weekend, Grauffel and Racaza shared the podium at the US IPSC Nationals with 1st and 3rd place finishes respectively.

To learn more about the team, Armscor and Rock Island Armory, visit www.armscor.com.