Concealed Carry Reciprocity: Is My CCW Valid in Other States?

Read on to learn more about concealed carry reciprocity and how it applies to your state:

What is Concealed Carry Reciprocity?

Concealed carry permits are governed by state laws. This means that your right to carry is not determined by the federal government, but rather by the laws of the state you live in. Concealed carry reciprocity is the idea that, if you are legally able to carry concealed in one state, that right is extended to other states. What states accept your state's permit depends largely on how your state fits into one of three categories. These categories are "constitutional carry," "shall-issue" and "may-issue." Let's take a look at what each of these mean:

In constitutional carry states, any state resident who is legally allowed to own a handgun has the right to conceal carry that gun without the need for an additional concealed carry permit. While reciprocity varies from state to state, constitutional carry states generally offer the highest level of concealed carry permit reciprocity with other states.

In shall-issue states, residents are required to obtain a permit before concealed carrying a handgun, but whether or not the state issues the permit depends entirely on whether or not the applicant meets the state's legal requirements for issuing a permit. This means that, so long as you meet the permit requirements, the state must issue you a concealed carry permit. Generally speaking, these states tend to have permit reciprocity with may-issue and other shall-issue states.

Check Your State's Status and Reciprocity

Click below to learn the laws in your state. 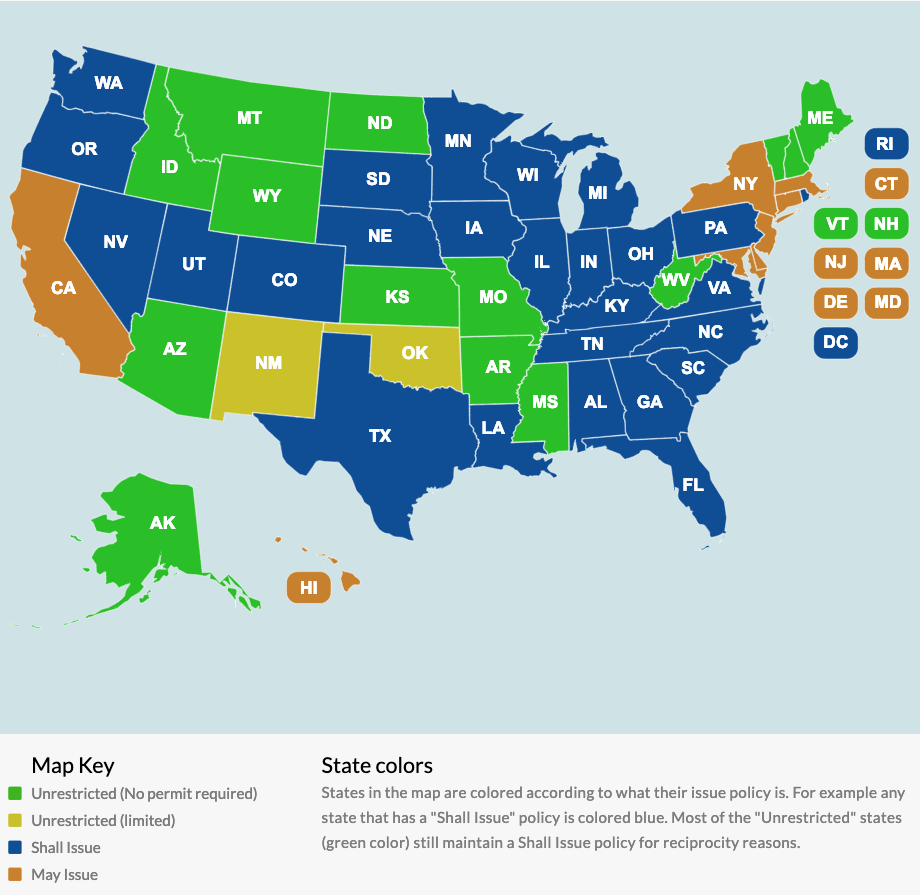