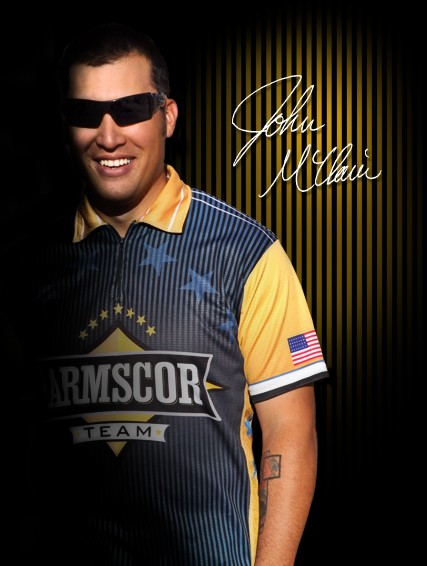 John McClain is the newest member to join the Armscor / Rock Island Armory team. John has already made the jump into the pro series and is competing this year.
Below is John's bio and most recent interview while at SHOT Show 2014. https://us.armscor.com/team-armscor/john-mcclain

John McClain was born, raised, and currently resides in Las Vegas, NV. At the age of 19, John had never touched a gun before going out for the first time with a life long friend. The rest, as they say, is history.

Known for his wild and crazy pants, John began making waves in the competition shooting world in 2012 when he placed for the first time at Multi-Gun Nationals. Since then, he has won several others, including Area 1, Area 2, and Back-to-Back titles at the USPSA Limited and Limited 10 Handgun Nationals. He has no intentions of becoming complacent, and has made it a personal mission and goal to be known as one of the top ranked shooters in the world.